Traditionally, if you want to buy hearing aids, current pricing models have built-in years’ worth of services, appointments, and batteries to your price. But what if you could pay only for the services that you actually use?

This is the new wave of hearing healthcare.

By “unbundling”, you can pay less for your hearing aids and save on services by only paying when you need them. We feel that this offers the best value in the hearing aid industry, combining affordable hearing aids and outstanding patient care in a way that puts you in control.

At Hear-It-All-Inc, we’re a family run business with over 17 years of experience in the hearing care industry. We realized that there are limited options for people to have access to effective hearing treatment. This is how the concept of Hear-It-All came to be. 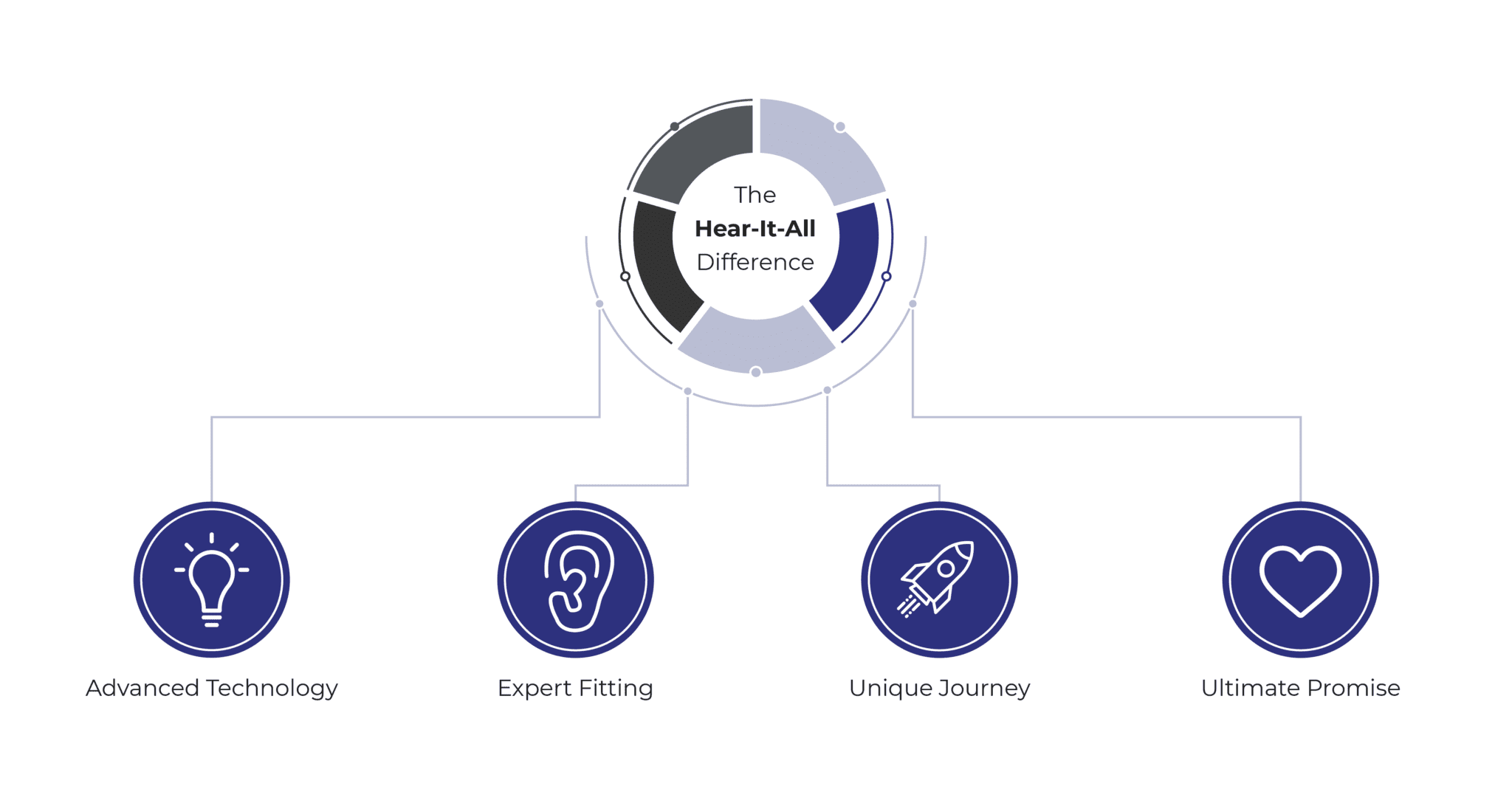 Every morning at breakfast, John would sit in his local coffee shop and listen to his friends brag about how they saved a lot of money by buying hearing aids from their local big box retailer. “The place where I buy groceries?” he would think with incredulity. He was apprehensive, but he knew that he hadn’t been hearing as well as he used to. Family events were coming up and he needed to act quickly.

He called his local store, anxious about making the first big step in remedying his hearing loss. After some discussion, he set an appointment for the end of that week. John arrived at the office for his appointment and was told what he already knew: he had moderate-severe hearing loss. When the conversation turned to technology, he was pleasantly surprised to find that there were a pair of hearing aids that were within his budget. He decided that he was ready to take the first step and paid for them upfront. When it came time to schedule his appointment, he was disappointed to learn that the first available opening for a hearing aid fitting was over two weeks away!

Fighting the urge to march back into the store and demand a refund, he patiently waited for his fitting. The next two weeks went by and John walked into his appointment for his fitting. He was taken back into the exam room and the clinician set about getting him fitted. Having not been able to hear sounds clearly for a very long time, John was overwhelmed by the sudden increase in volume. The clinician was able to reduce the volume to a tolerable, yet still uncomfortable level. Disappointed but not deterred, he headed home.

The next day, John noticed that his hearing aids didn’t seem to be changing settings properly. He assumed it would be a simple fix and gave his provider a call to see what could be done. “I’m sorry sir, but the next available appointment isn’t for another 3 weeks,” said a different employee than the one he spoke to last. John was floored. “How am I supposed to use these hearing aids if I can’t be seen? What was the point of all of this?” John felt defeated and hopeless.

Unfortunately, John’s story is all too common. Fortunately, John was able to return his big box hearing aids. After a short duration of living with hearing loss, he decided to entrust his hearing to Hear-It-All. Contrary to his previous hearing aid experience, he was amazed by the huge selection available as well as Phillip’s dedication to providing the best possible patient experience. He is now a happy Hear-It-All patient for life and looks forward to family gatherings, rather than dreading what he might miss.

Katherine realized she was missing pieces of conversation. Her day at work ended with her being chewed out by her boss for missing a major deadline because of it. She was nearing the end of her career and this wasn’t how she wanted things to go before her retirement.

Katherine knew it was time to do something about her hearing loss.

She confided in a close family friend that she hadn’t been hearing as well as she used to and that it was starting to affect her work. Her friend told her that she had also struggled with hearing loss and even showed Katherine her receiver-in-canal hearing aid that she had never previously noticed. She called the clinic that her friend had recommended and was on the schedule for the following day.

At her appointment, Katherine was amazed by what she saw. The staff was kind, the audiologists were warm and knowledgeable, and despite learning that she did indeed suffer from hearing loss, she felt great about her decision. There was just one small problem. Katherine wasn’t often sick and had opted for a less expensive insurance plan in the hopes that she could save some money from month-to-month. When it came time to discuss hearing aid technology, she realized she was in way above her head and her budget. Her plan had no coverage for hearing aids, meaning she was stuck footing the entire bill for her aids.

Though Katherine was pleased with the overall experience that she had with the audiologist, she was unable to afford the selection available. She decided to do a little research for herself and did a quick Google search for “hearing aid prices”, wanting to avoid the same situation she had recently departed. After looking through multiple sites without finding so much as a dollar sign, she found Hear-It-All. Feeling much more confident about her decision by knowing what she was getting into, she called to schedule an appointment.

Much like her previous experience, Katherine was treated with warmth, kindness, and professionalism. However, this time she knew what she could afford. She was excited with the idea of being able to only pay for the services that she used. This made her feel like she was finally in control of her hearing loss.

Jan had started to notice some difficulties in understanding others and felt certain her hearing was not what it used to be. Having friends who wear hearing aids themselves, she was told that if she wanted to save some money, she could purchase her hearing aids online.

After finding an online provider within her price range, she was asked to go to a local audiologist to get her hearing tested. She sent in her test results and eagerly awaited the delivery of her brand new hearing aids. The provider offered a service package for an additional fee where they would help her with fitting and repairs, but she felt savvy enough to be able to handle her hearing healthcare troubles on her own.

Upon receiving the devices, she realized that she may have bit off a little more than she could chew. After losing patience with their telephone service center, she sent in her hearing aids for repair and paid the required fee. Her next step was to return the devices for “reprogramming”, a fix that would take over two weeks to complete (not including shipping).

Her “reprogrammed” devices were returned to her but unfortunately, she still experienced no improvement. Sadly, the hearing aids she purchased online now reside forgotten in a drawer. Luckily, her bad experience did not deter her from seeking a new life of healthy hearing. After a brief search, she came upon Hear-It-All where she now has a solution that fits within her budget and is expertly fit for her needs. She feels comfortable knowing that Phillip is there for her whenever she needs him and she has the security of knowing exactly who she is entrusting with her hearing healthcare. 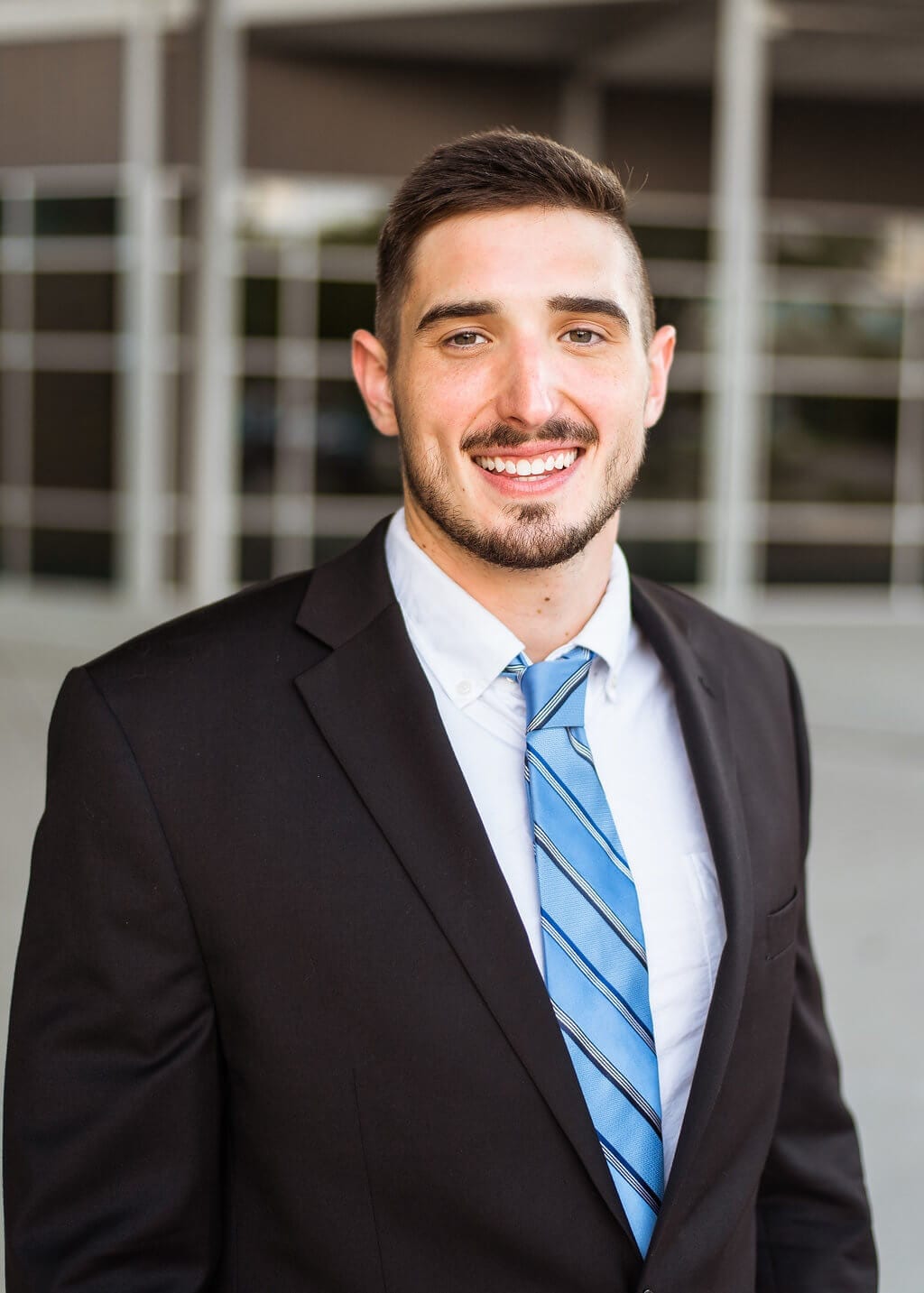 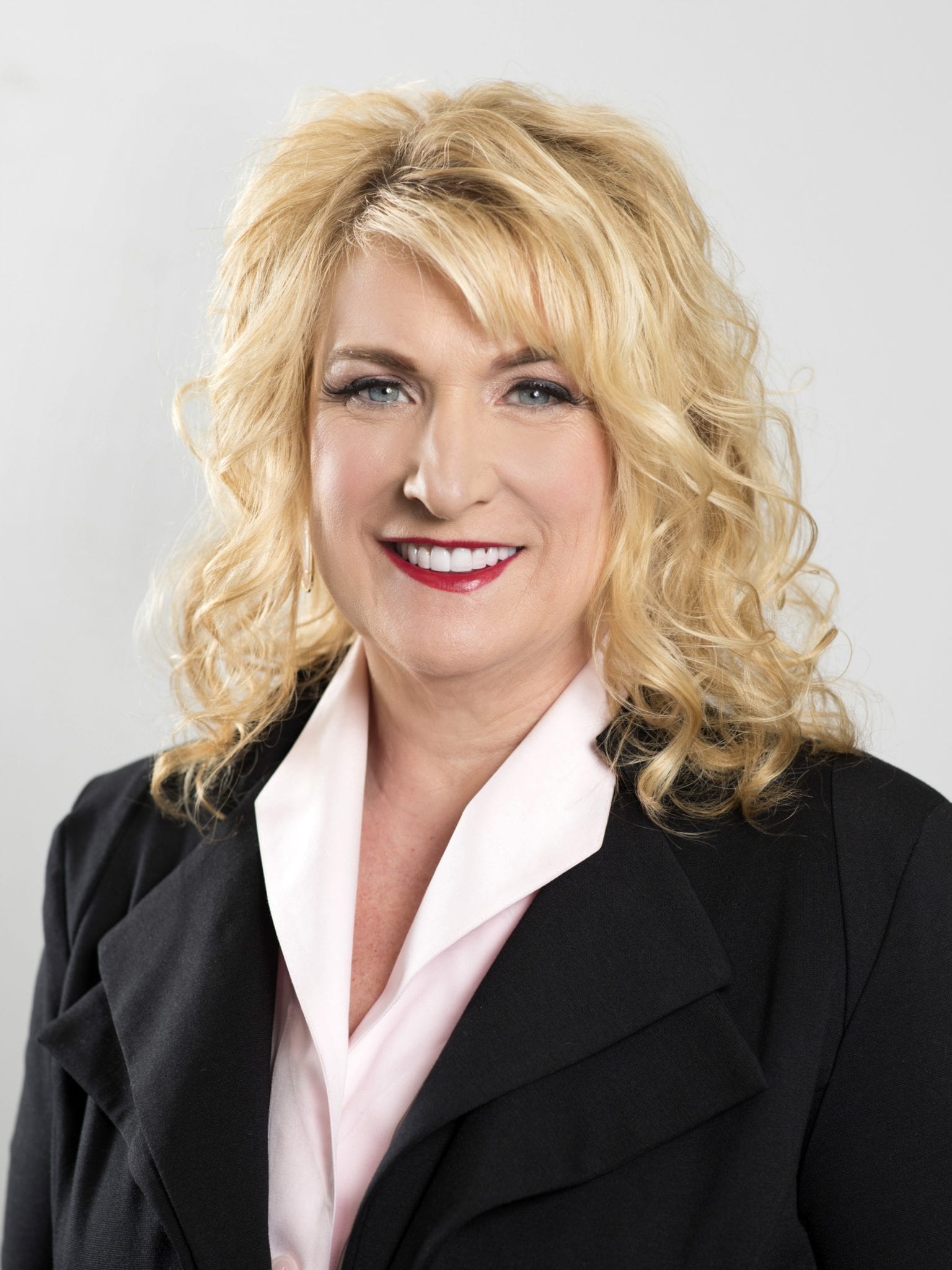 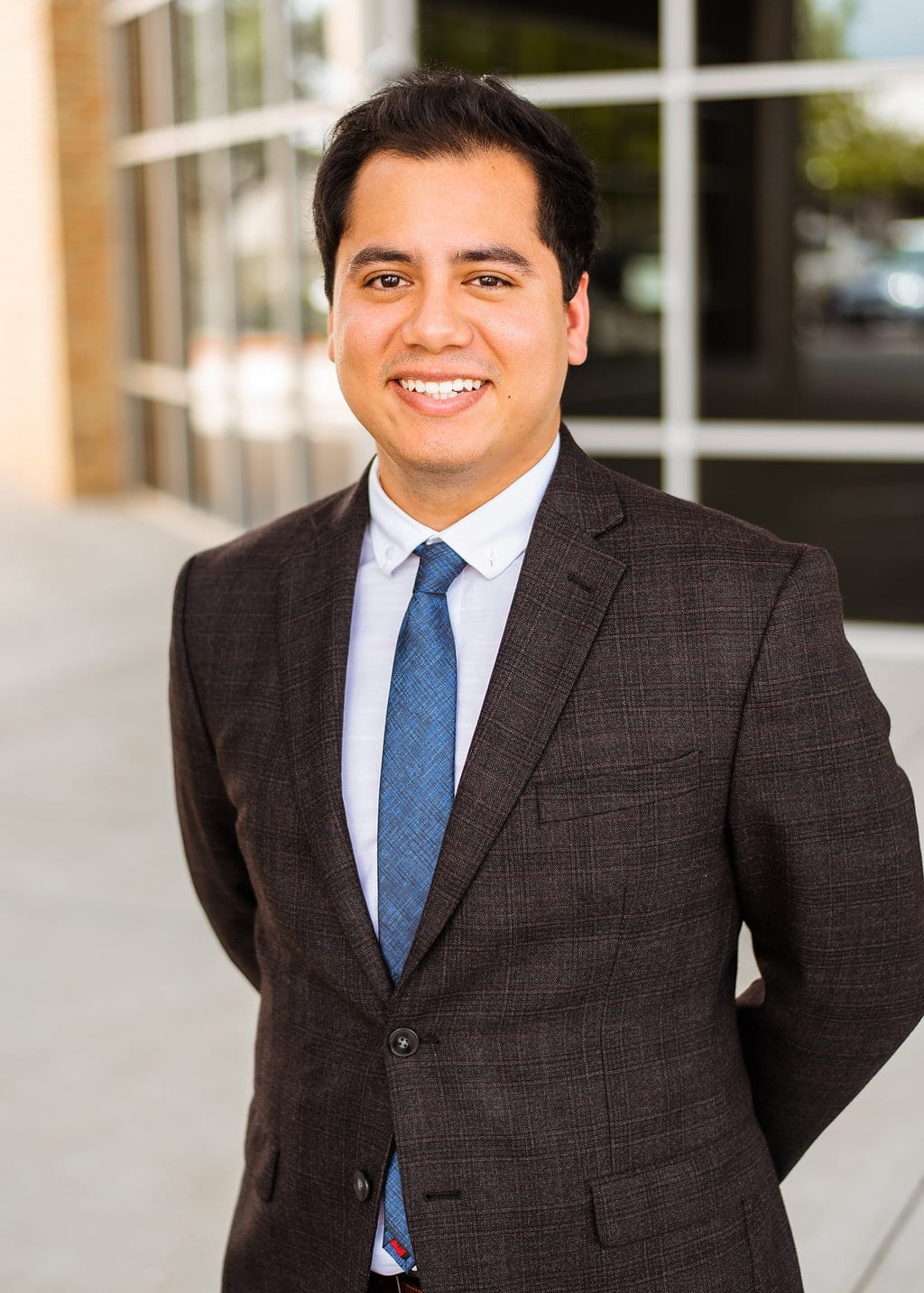 Matthew graduated from Trinity University with a BS in Business Administration, with concentrations in Marketing and Management. He has been working closely with Cook Hearing and Balance since 2013, learning the intracies of the industry.

Most recently, he has completed a graduate program with a focus on digital marketing. Utilizing his specific skill set, Matthew is able to spread awareness of the benefits of low cost hearing aids to those who seek it.

Matthew has a strong dedication to helping others, which is the reason he started Hear-It-All, Inc.

Originally from Houston, Texas, Phillip graduated with a bachelor degree in Communication Sciences and Disorders from Harding University in Searcy, Arkansas. There he gained crucial experience in subjects such as Aural rehabilitation, Introduction to Audiology, and Hearing aid practices. Upon graduation he worked as a licensed Speech-Language Pathology Assistant, and after a short while developed a true passion for helping others within the medical field, thus embarking on his transition into the hearing industry, working to improve people’s lives through the gift of sound.

Part of Phillip’s passion stems from his father, a Vietnam veteran who has been diagnosed with hearing loss and is a current hearing aid user. Through his father’s journey with hearing aids, he has learned how important hearing is, and how much of a difference he can make in people’s lives through the gift of sound. Phillip is currently a licensed Hearing Instrument Specialist and is proficient in audiometric testing, fitting, programming, and repairing hearing devices.

During Phillip’s spare time, he is very active, enjoying outdoor activities such as hiking, camping, and playing outdoor sports such as soccer.

“I Really Appreciated Their Affordable Pricing and Flexible Payment Options”

“I recently made my first visit to Hear It All in Liberty Hill and had a wonderful experience. Erica greeted me warmly on arrival quickly escorted me to see Phillip Zamora, hearing aid specialist and dispenser. Phillip was able to fit me with technology from the Unitron hearing aid line. Even though I have worn hearing aids for several years, my new hearing aids from Unitron offer me the best hearing experience I have had in a long time. From watching television to crowded loud to visiting with my grandchildren, I am loving my new Unitron’s. If you are not hearing as you deserve, go see Phillip and he will treat you with the utmost kindness and professionalism you have ever experienced. I also really appreciated their affordable pricing and flexible payment options. Phillip for taking such good care of me! Liberty Hill has a hidden gem with Hear It All in their city.”